The Dada Baroness and Duchamp’s Urinal

The Dada Baroness and Duchamp’s Urinal 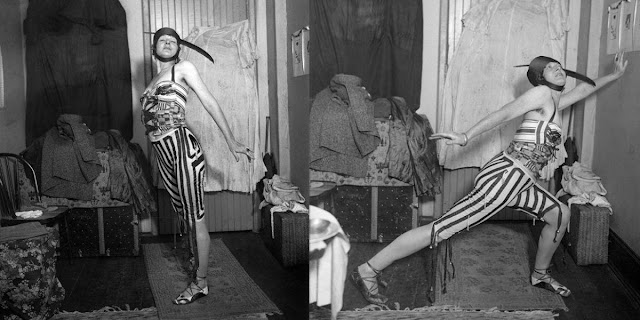 Victòria Combalia will dedicate this session to the fascinating life of the Dadaist artist and poet Elsa von Freytag-Loringhoven (1874–1927), who experienced the fin-de-siècle ambience of Berlin and moved to New York with her second husband, Felix-Paul Greve, in 1910. There she married again to Leopold von Freytag-Loringhoven and was introduced to the New York Dadaist circles. Elsa became famous through her friendships with the writer Djuna Barnes, the photographer Man Ray and the artist Marcel Duchamp, and for her daring ‘performances’, before the term was even coined. She would go out dressed in costumes made from found objects such as tin soldiers, music boxes, cages or tin cans worn in the manner of a bra. Based on a letter written by Duchamp to his sister, it has recently been reason for debate that she might be the author behind the seminal Fountain, 1917, presented as a ready-made at the Society of Independent Artists in New York, in 1917.

Victòria Combalia has a doctorate from the Universitat Autònoma de Barcelona. She was a guest researcher at the New York University Institute of Fine Arts (1979–81). In 1983 she read her thesis ‘Gustave Courbet: An investigation on the genesis and repercussions of his art’. From 1974 to 2013, she was a lecturer in Art History at the Universitat de Barcelona. From 1983, she was an Associate Professor. At present she is retired. From 1996 to 2002, she was Artistic Director of the Centre d’Art Tecla Sala in l’Hospitalet de Llobregat, Barcelona. From 2004 to 2007, she was an art consultant at the Department of Culture and Sports of the Comunidad de Madrid.
She has worked as art consultant for the Barcelona City Council, the Fundació Bancaixa, Valencia, and the Rockefeller Foundation, New York. She is the author of numerous books and specialist publications, such as Amazonas con pincel: vida y obra de las grandes artistas del siglo XVI al siglo XXI, 2006; Dora Maar. Más allá de Picasso, 2013; and Musas, mecenas y amantes. Mujeres en torno al surrealismo, 2016. From 1981 to 1996 she was the art critic for El País Catalunya, a newspaper to which she still contributes, as well as writing for ‘Cultura/s’, the art and culture supplement of La Vanguardia. She has organised over fifty exhibitions, such as Lee Miller. Creació i valentia (Galeria Barbié, Barcelona, 2028); Dora Maar, nonostante Picasso (Palazzo Fortuny, Venice, 2014); and Dones surrealistes i la seva relació amb Catalunya (Galeria Mayoral, Barcelona, 2016). In 2003 she was awarded the distinction of ‘Chevalière des Arts et des Lettres’ by the French Ministry of Culture. In 2009 she was awarded the President Francesc Macià Work Medal by the Generalitat de Catalunya.


Activity conducted by Victòria Combalia, within the framework of the Studio Inframince programme of activities, curated by Erich Weiss.