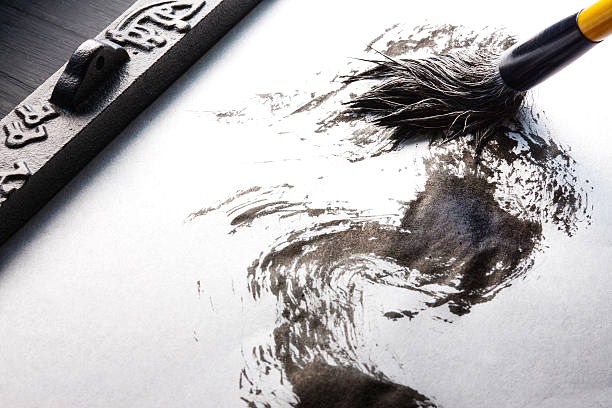 Antoni Tàpies’ interest in Eastern philosophies, and Zen thinking in partucular, is the starting point of this Sumi-e course conceived and conducted by artist Anna Maria Llagostera Mas.

Sumi-e is a pictorial technique in which only three essential elements are involved: black ink, the brush and the support. It is a practice that maintains close ties with Japanese calligraphy, where writing, through expressive, spontaneous and gestural strokes, becomes painting. The composition uses minimal forms close to abstraction. The idealization of the painting, only suggested, expresses vitality and movement.

The aim of this course is to put into practice the use of utensils and the execution of the Sumi-e brushstroke on paper supports based on the Zen principles that most influenced the work of Antoni Tàpies: the practice of contemplation, meditation and ritual, as well as aesthetic aspects derived from the importance of emptiness, asymmetric composition, interest in imperfection, the willingness to capture immateriality and the essence of what is painted, etc. A technique that eliminates the concept of error and transforms it into expressive potential for developing our own, unrepeatable creations.

Anna Maria Llagostera i Mas
Artist and teacher of contemporary Sumi-e painting and Zen aesthetics. In her practice as a teacher, she takes Sumi-e as an integral training tool aimed at artistic creation and personal growth and well-being. Diploma in Teaching of Foreign Languages from the Universitat de Barcelona, specializing in French.
Some of her projects include the pedagogical proposal ‘The influence of Taoist thought and philosophy and Zen aesthetics in art teaching’ and the training programme ‘Creativity, innovation and emotional intelligence’.

Prior knowledge not required.