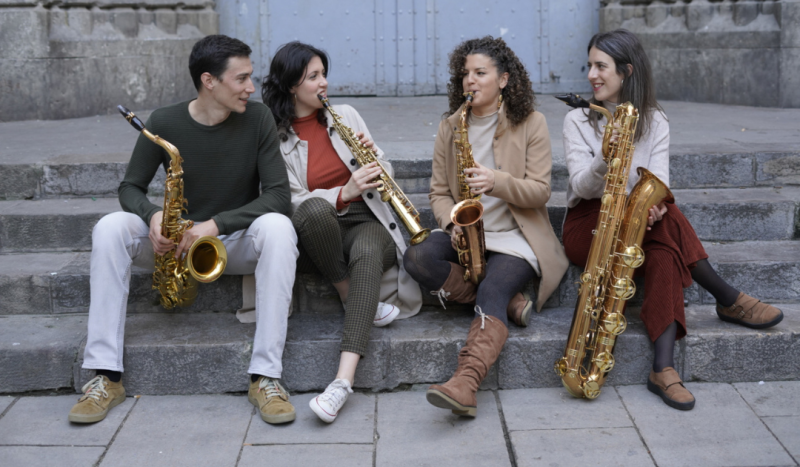 Saxophone occupies a position among the enshrined instruments, but the orchestra did not receive it as expected although Sax created the saxophone to play in it. Perhaps that and the lack of pre-romantic music are the reasons why saxophone may seem lacking in identity.

We present today different pieces that have contributed significantly to nourish the saxophone quartet repertoire by composers as diverse as John Cage, Nina Šenk or Iannis Xenakis, with this year marking the centenary of his birth. XAS was his first piece for saxophone, commissioned by the mythical Sigurd Rascher Quartet.

asLan ensembLe is formed in 2014 at Conservatoire à Rayonnement Régional de Lyon and soon establishes itself in the chamber music world with performances in various cities such as: Lyon (Tempo Vivace), Barcelona (Música als parcs), Madrid (MusaE), among others.

On one hand, the ensemble is committed to revisit iconic works of the western musical tradition through their own adaptations; on the other hand, their interest in the creation of new repertoire leads them to have some commissioned works by different composers among some of their projects.

The concert is part of the Mixtur 2022 Festival.