Susan Meiselas reconsidered her photographic style, convinced that each conflict requires a different approach and complete a retrospective survey in which Meiselas appears as a photographer capable of moving through different scales of time and conflict, ranging from the personal to a geopolitical dimension.

Susan Meiselas (Baltimore, 1948) is a key figure in the recent history of photojournalism. Her coverage of the conflicts in Central America in the seventies and eighties made her a celebrity in the genre, but her work as a whole is far more complex and varied. The early impact of Carnival Strippers (1972-75) gave her access to the seminal Magnum agency, while in other works produced at that time she often used photography to observe nearby communities. Moreover, as Meiselas often experiences self-critique when practising a type of photojournalism that she mistrusts – due to the impossibility of doing justice to the events and the people involved –, she has always remained faithful to the need to repatriate photography. As a result, in all her projects Meiselas sees it as her duty to return the images, in one way or another, to the place where they were taken.

As a result of this infrequent “contract” – in the sense that the philosopher Ariella Azoulay has defined the historical relationship between photography and the civil society –, when she arrived in Iraqi Kurdistan in the early nineties to document the Anfal campaign massacre, ordered by Sadam Hussein in 1988, she concluded that photography could not bear witness to a crime in which, beyond a mass of individual remains, the victims belonged to a civil society formed by Kurdish citizens. From that moment Meiselas reconsidered her photographic style, convinced that each conflict requires a different approach. Her more recent projects on domestic violence complete a retrospective survey in which Meiselas appears as a photographer capable of moving through different scales of time and conflict, ranging from the personal to a geopolitical dimension.

Co-produced with the Jeu de Paume, the exhibition brings together a broad range of Meiselas’ projects in one of the most comprehensive retrospectives of her work ever held in Europe. The accompanying publication will include texts by Ariella Azoulay, Eduardo Cadava, Carles Guerra, Corey Keller, Isin Onol and Pia Viewing.

On the occasion of the opening, Eduardo Cadava, professor of Princeton University and author of the book Words of Light: Theses on the Photography of History, will present the lecture Learning to See. Free entrance. 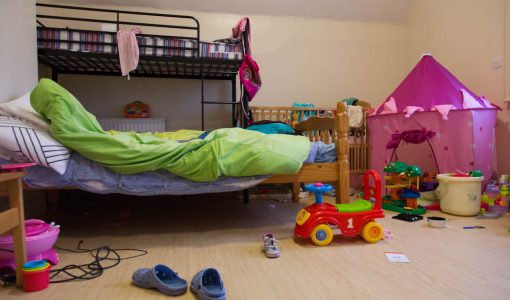