Mario Merz was born in Milan on January 1, 1925. When he was very young his family moved to Turin and he has lived there ever since. He began drawing when he was imprisoned in 1945 for his anti-Fascist beliefs. His first drawings were done without lifting his pencil from the paper so that he “recorded” what he saw and felt at the very moment he was living it.

Merz’s early drawings hinted at the direction his work would take in the future: a combination of social protest and a personal search for new aesthetic languages.

Although at first he cultivated a deliberately childlike style, his use of materials gradually brought him closer to the style of Art Brut and he eventually began incorporating simple objects in his works.

In the mid-sixties Merz first began affixing a variety of objects to his canvases: bottles, umbrellas, raincoats and other objects which he combined with neon lights and would continue to use from then on. Merz had been building up to this turning point in his life and his career since the forties when he immersed himself in the work of Kafka, Pavese, Marx, Steinbeck and, above all, Leonardo da Vinci as well as more contemporary artists such as Picasso, Braque, Morandi and Casorati.

Just before embarking on these new artistic experiences, which were first exhibited in a one man show at the Galleria Gian Enzo Sperone in Turin (1968), Merz had been in close contact with other artists, critics, writers, philosophers and political activists of his generation, all of whom banded together to shape a new aesthetic characterized by its anti-elitism. Based on the use of simple materials rooted in daily use and the organic world, this radical movement was dubbed Arte Povera by Italian critic Germano Celant on the occasion of a 1967 group show in Genoa.

Merz’s brilliant artistic solutions soon distinguished him from the rest of these artists. 1968 marked a milestone in his career, largely because it was the first time he used the motif that was to become a characteristic of his work: the igloo. Striving to find new surfaces that were far removed from sculptural tradition, Merz began creating hemispheres that were absolute, self-contained spaces. He uses the igloo as a metaphor for his conviction that art is transitory and ever-changing. At the same time Merz equates artists with nomads, always on the move, at home anywhere, in close touch with nature and culture. The hemispheres’ segmented metal frames are covered with nets, clay, wax, glass or twigs and often include neon-lit political or literary statements.

During the seventies, Merz applied Fibonacci’s mathematical progression formula to his work. According to the formula developed by this 13th century scientist, every number is the sum of its two preceding numbers (1, 1, 2, 3, 5, 8, 13…). As an example of Merz’s Fibonacci-based structures, pieces of glass were lined up on a wall and beneath each one was its neon number, calculated according to the medieval formula.

The exhibition at the Fundació Antoni Tàpies included samples of Merz’s characteristic iconography, providing a broad overview of the artist’s creative development and reflecting the true spirit of his work.

The works exhibited were carefully selected by curator Gloria Moure with an eye to avoiding the need for linear readings of Merz’s production. Instead, the exhibition aimed to provide a global understanding of all the complexities and contradictions inherent in his symbology and illustrated the variety of techniques used by the Italian artist.

As a special feature the exhibition includes works expressly set up on the premises of the Fundació. Merz has made a new reading of the selected works, establishing new links between them. 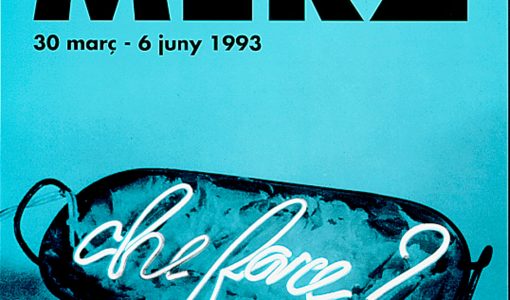 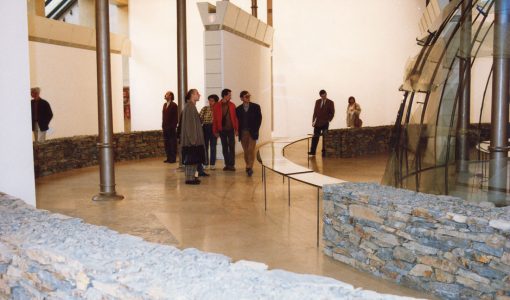 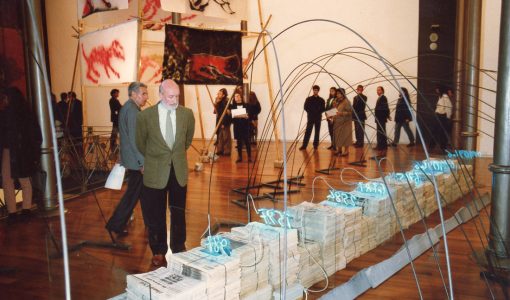 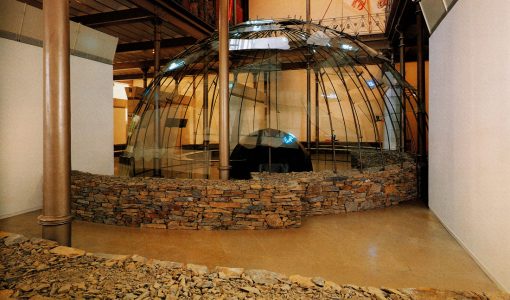 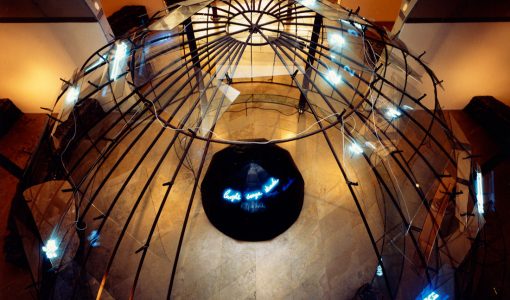 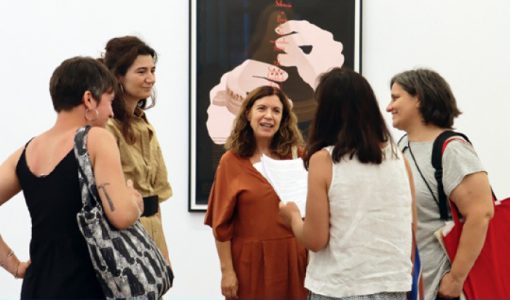 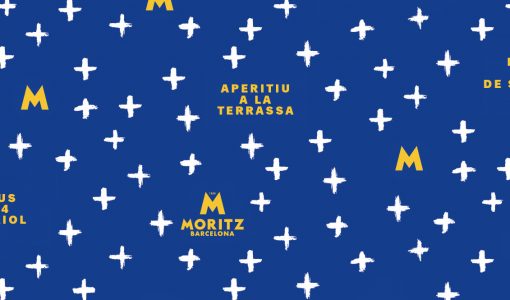 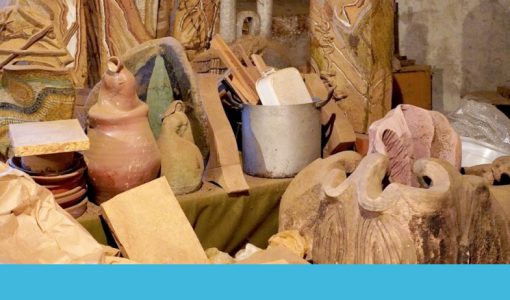