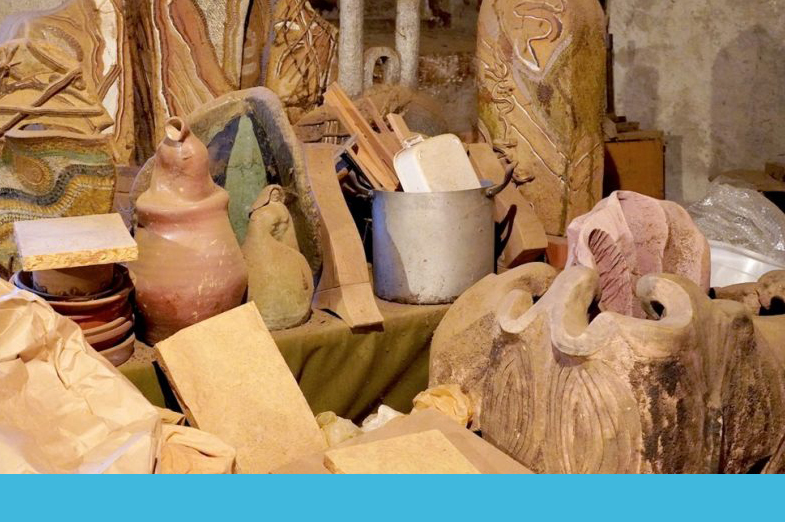 The section at risk is a research project by Lola Lasurt including three craft and art workshops, an aspect of Macuga’s practice of inviting local artists to take part in the historical investigations implicit in her projects.

In this case, based on the project The Nature of the Beast (2010), Lasurt proposes to focus the research on the study of the popular arts and crafts section that was included in the Spanish Pavilion of the Universal Exposition held in Paris in 1937, alongside the work of artists that today we consider milestones in modern art. The Nature of the Beast focuses on one of them, Guernica (1937) and its exhibition in London’s Whitechapel Gallery in 1939 to raise funds for refugees from the Spanish Civil War. Lasurt will carry out a large part of her research in the Library of the Pavilion of the Republic, currently located inside the replica of the pavilion, originally built in Paris in 1937, and re-created in the district of Horta-Guinardó in 1992.

Alongside her research, Lasurt will invite local artisans and artists to give a series of workshops open to the public that will take place in the months of April, May and June. All the objects made in these workshops will relate to each of the disciplines included in the popular arts section of the Spanish Pavilion in Paris (pottery, basketry and an exhibition of popular textiles), with the aim of rethinking their current validity, while disseminating and expanding the historical research linked to The section at risk. In September, once the cycle of workshops and research is complete, the results will be presented by Lasurt and Neus Miró, curator of the exhibition.

Lola Lasurt  (Barcelona, 1983) is a visual artist. Her projects are based on untimely narratives, avoiding historical doctrines in favour of an open, self-critical approach. She conducts her artistic research through painting installations, video and collaborative processes.