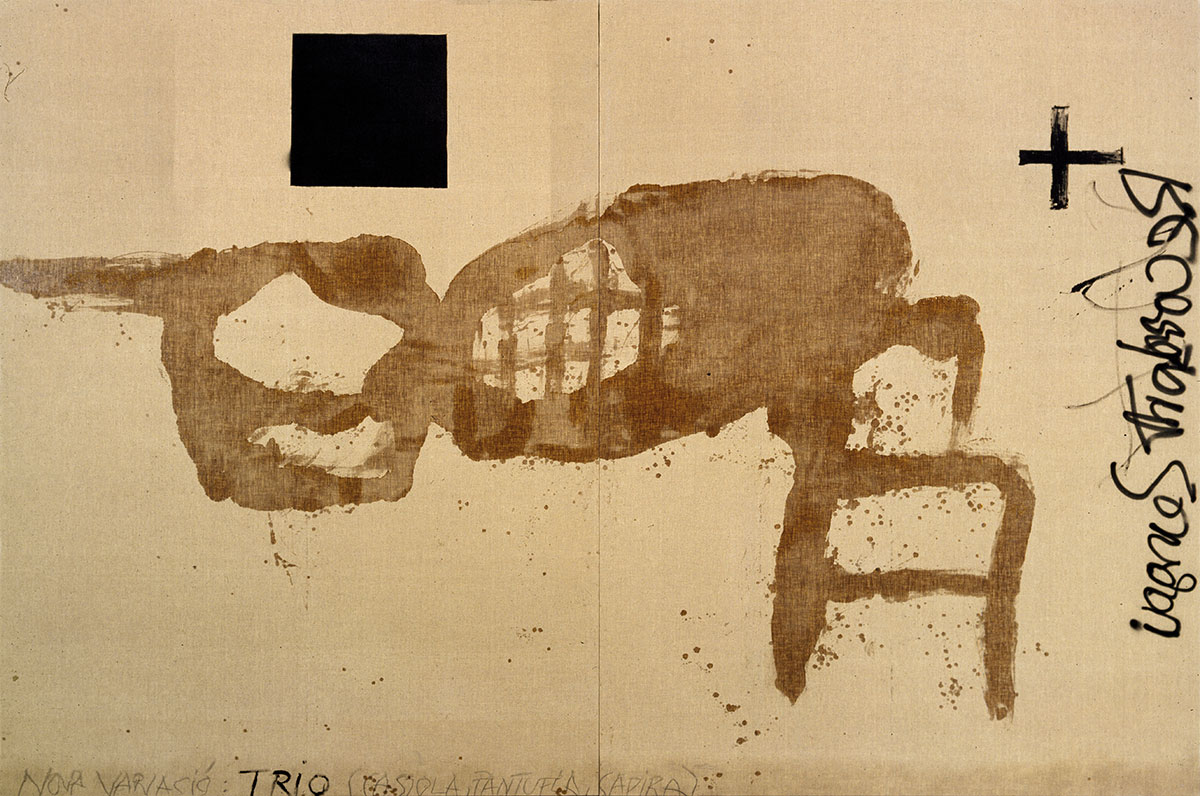 In order to protect visitors and employees, at the request of the legal authorities the Museum and offices of the Fundació Antoni Tàpies will be closed from 13 March until further notice. During these days of confinement, those of us on the Fundació team want to share with you a series of activities and recommendations. Art, as Antoni Tàpies said, ‘can be a solar clarity in the midst of a breath of wind. It may be a storm cloud. It could be a human footprint through life, or a kick – why not? – crying “Enough!” It can be the sweet morning air, full of hope, or a sour stench coming out of a prison. It could be the bloodstains from a wound, or the sound of an entire people singing in the blue sky, or yellow. It could be what we are, today, now and forever.’

Art is, therefore, a condensation of experiences that generates reflections, thoughts and conversations that can accompany us at home.

We recommend some short readings of texts by Antoni Tàpies.

Xavier Folch and Antoni Llena describe their personal relationship with Antoni Tàpies and recount how he played a part in some political events against the Franco regime.

Audio guide to the current exhibitions.

Segni mossi
The Education and Public Programme department has hosted Segni mossi‘s workshops and trainings for several years. Visual artist Alessandro Lumare and choreographer Simona Lobefaro have been carrying out this research around the interaction of dance and drawing with adults and children since 2014. This year, we have had to postpone the activities that we had scheduled in March. We are confident that we will be able to meet them again in Barcelona very soon; in the meantime, here you have a sample of their inspiring and poetic proposals.

50 films
We offer you a selection of 50 classic films that represent Antoni Tàpies’ interest in cinema.

Files “About Tàpies” for the very young

You can download files with suggestions for activities around the work of Antoni Tàpies, starting with the works that you can find here.

Junior Report, the newspaper for young readers of La Vanguardia, offers us an article about the exhibition Antoni Tàpies. Theatre.

These are some of the suggestions on offer now. We will be adding more over the coming days.